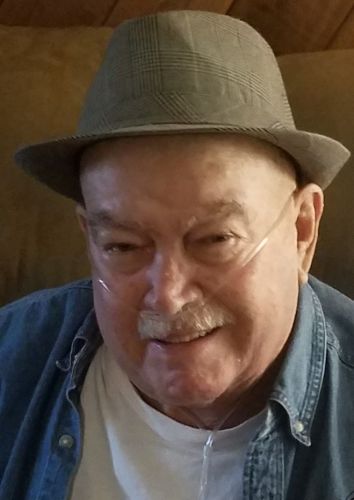 Richard Andrew Allen Heyl, of Sarasota, died on July 20th after a short battle with lung cancer. He was 69.

Richard born in Oakland, California and raised in Venezuela and Australia, prior to moving to New Paltz, New York with his family in the early 1960s. In New Paltz, he attended the Vandenberg Learning Center (also known as the Campus School) on the State University of New York campus before attending and graduating from the Suffield Academy in Suffield, Connecticut. Richard lived in New Paltz until the late 1980s, when he moved to Sarasota. He was employed for many years by Coca Cola prior to retiring.

Richard is survived by his wife, Jerri; his three children and their spouses, Richard Heyl de Ortiz and his husband Anthony Ortiz, of New Paltz, Jennifer Heyl and Jason Coddington, also of New Paltz, and Jeffrey Heyl and his wife Emily Heyl of Accord, New York; a stepson, Kenneth Ott of Lowell, Massachusetts; his stepmother, Carole Heyl, of New Paltz; his half-brother, Jeremy Heyl, and half-sister, Rebecca Heyl, both of Vancouver, Canada; his nephew, Todd Rasmussen and his wife Debby, of Sarasota; his niece Debi Yarger and her husband Tom; of Parrish, Florida; and his grandchildren John Paul Heyl de Ortiz, Mackenzie Heyl, Haylee Coddington, Jacob Heyl and Kenneth Colby Ott. Richard was pre-deceased by his ex-wife Patricia Hoffman, formerly of Tillson, New York; his sister, Jean Kobelt, formerly of Bradenton, Florida; and his parents, George Richard Heyl and Thelma Catherine Tate.

Richard wished to be cremated. There are no plans for a funeral. Family and friends will gather at future date to mark his passing and celebrate his life.

Deepest condolences to the Heyl family from Kay Waites and staff at Sound Choice Cremation & Burials.

The services for Richard have not yet been added. Please sign up below to be notified when the services are ready.

The attached photos are added to the memorial of Richard Heyl to help share their legacy.

Please help memorize Richard Heyl by recording your attendance below.

Thank you for sharing your memory of Richard