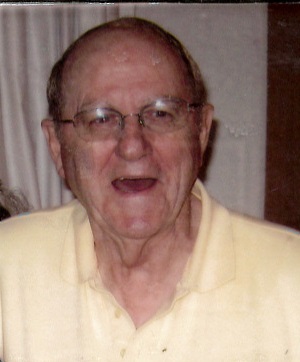 William "Bill" Arnold went home to be with Jesus on Friday, December 2, 2016. He was born in Cleveland, Ohio, on August 21, 1930, to Kenneth and Luella Arnold. He married Thelma Joslyn on July 6, 1951 in Hudson, Ohio. Mr. Arnold joined the United States Air Force during the Korean Conflict and went to Lackland Air Force Base for basic training. He and his wife traveled throughout the U.S. living on various military bases, eventually ending up at High Wycombe in England, where he was a cryptographer, attaining the rank of Staff Sgt.
Bill and Thelma had four children, John William, deceased, (Ginger), Linda Joslyn, William Kenneth (Jana), and Kenneth Charles (Vicki). They have many grandchildren and great grandchildren.
In 1986 the Arnolds moved to Florida where Bill started a barber shop in Palmetto, FL. In the year 2000, Bill, Bill Jr. and Ken opened "Bill's Barber Shop" in the Walgreen's parking lot in Palmetto. Later Linda and Bill's grandson, Brad, joined them.
Bill enjoyed hunting pheasants, collecting old cars, and going to church. He led several choirs in Ohio and sang with quartets. He was an Elder at Church on the Rock in Palmetto.
Bill will be greatly missed for his friendly manner and many stories and jokes. Services will be held at Sarasota National Cemetery on Thursday, December 8th at 10:30am. In lieu of flowers, please send condolences to the Alzheimer's Association in his honor.

The services for William have not yet been added. Please sign up below to be notified when the services are ready.

The attached photos are added to the memorial of William "Bill" Arnold to help share their legacy.

Thank you for sharing your memory of William