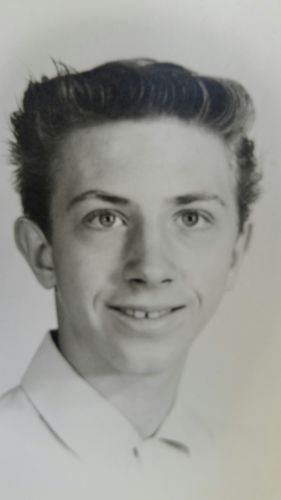 John was born on December 4th, 1946 and passed away unexpectedly February 2, 2017.
He is preceded in death by his Parents; John Kach and Marie Gidlund of Sarasota, Florida.
John was born in Chicago, Illinois. John was four when his family moved to Lily Lake, Wisconsin. He attended St. Alphonsus Catholic Elementary School, and Wilmot High School.
John had enlisted in the Military in 1964. He attended Naval academy in Great Lakes, IL. While stationed in Boca Chica Naval Base in the Florida Keys; He maintained with great passion the Phantom F5 Fighter Jets. He helped our country on the front lines in Vietnam from October 7th 1964-November 7th, 1965. In the Marines he was a Sergeant in Fire Squadron 101. John also served as an Ordinance Mechanic in the Navy on the USS Carrier Coral Sea.
John had a passion for hunting, fishing, camping and all animals. He worked training Elephants from 1982-1984 in Singapore and Bangladesh. John was a truck driver for Barnum and Baily, and retired from long haul truck driving in 2003. John had a passion for protecting and keeping people safe he worked as security guard during his final years in Sarasota, Florida.
John's genuine nature and loving kindness will be greatly missed by each of us in his family.
John was a beloved son, father, brother, husband and grandfather.
John is survived by his wife of 25 years Delores Kach of Sarasota, FL; sister; Camellia Wagner, children; Connie Vasey of Flower Mound, TX, Christine Aguilar of Milwaukee, WI; son Thomas Kach; 6 grandchildren, Konsuella, Mykiel, Vince, Monika, Alexia, and Krystal.

Deepest condolences to the Kach family and friends from Kay Waites and staff at Sound Choice Cremation & Burials.

The attached photos are added to the memorial of John R. Kach to help share their legacy.

Thank you for sharing your memory of John