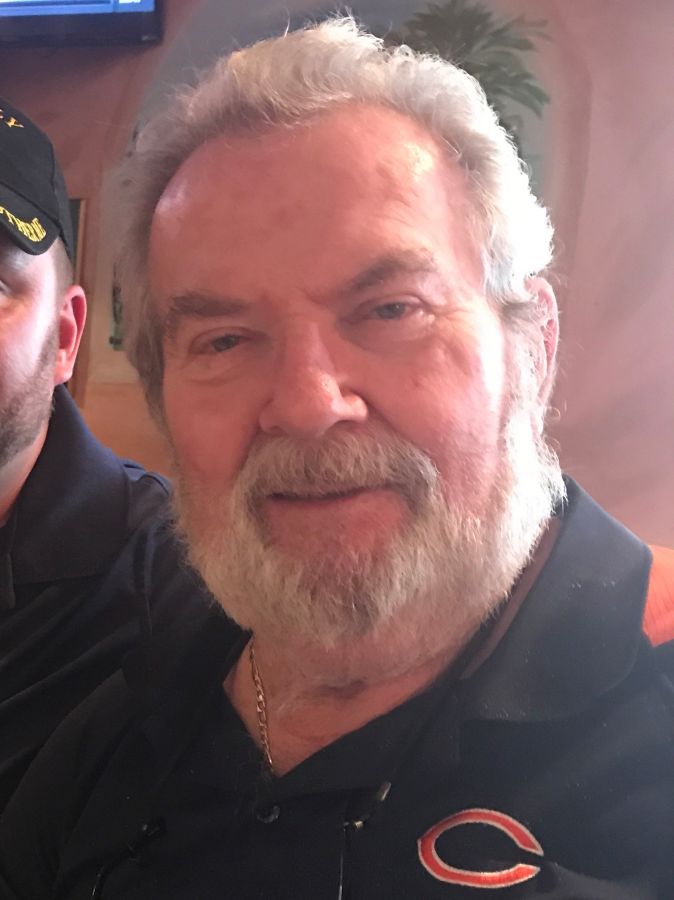 Dennis Michael Byrne, Sr., 75, of Parrish, FL passed away Sunday, April 14th, 2019 with his loving wife by his side. Dennis was born on November 21, 1943 in Chicago, IL, the son of William and Teresa Byrne. He married the love of his life, Joan Hoiby, on January 26, 1985 in Wadsworth, IL. Dennis and Joan had many adventures travelling together riding their Harley, boating, and piloting small planes throughout the US, taking cruises to exotic islands and touring many other countries.
Dennis graduated from Quigley Preparatory Seminary ('62) and served as Private First Class in the US Marine Corps Air Wing (May 1961-May 1965), Marine Aviation Detachment. In the Marine Corps, Dennis supported Aircraft Electrical Stabilization Systems, mastering aviation maintenance, electronics and technical fundamentals, igniting a life-long interest in and passion for aviation and flying. He earned the Good Conduct Metal for his service.
A strategic thinker and innovative businessman, Dennis created and managed several successful businesses during his 50 year career. Byrne Aviation/Trans-Air Corp performed Fixed Base Operations (FBO) at the airport in Waukegan IL from 1975-1996. In 1994, together with Joan, Dennis opened Trans-Air travel, and currently own Byrne's Northpoint Travel Agency, in Winthrop Harbor, IL. After moving to Florida in 2002, the Byrne's were co-owners of Magee Sign Company in Palmetto, Fl for 14 years.
He was an active member of The Loyal Order of Moose, American Legion, VFW, and a Mason. He and Joan enjoyed sharing time with friends at the Anna Maria Oyster Bar, Ellenton, FL and The Shanty in Wadsworth, Il. "Where everybody knows their name."
Dennis is survived by wife, Joan; his sons Dennis Byrne, Jr and Ronald Azzone; his daughter Kristine Byrne Gray (Christopher), 5 grandchildren, and his brother Gregory Byrne. He is preceded in death by his parents and sister Mary Byrne.
His family and many dear friends will remember Dennis for his loving heart; his loyalty and generosity; his quick wit and keen intellect; and his beautiful Irish smile.

I won't be able to attend the service, but wanted to say I have the upmost repect for both Dennis & Joan. Their inviting nature & happy soles are contagious. Joan, you are a strong woman & I know you will move on holding Dennis in your heart as he watches over you daily. Your family near to hold your hand while you continue the aventure in life.
RIP Dennis Byrne, your impact on us will not be forgotten or gone to waste, your vision of life & love shines through those you leave here.

Our deepest condolences to the Byrne family and friends from Kay Waites and staff at Sound Choice Cremation & Burials.

The attached photos are added to the memorial of Dennis M. Byrne, Sr. to help share their legacy.

Thank you for sharing your memory of Dennis