Nicholas John Tsacrios passed away in Sarasota, Florida on May 4, 2020 at the age of 92. Nick was the long-time companion of José Quintero, renowned Tony Award winning Broadway Director and Founder of Circle in the Square in Manhattan.

Nick was the eighth of nine children and the first to graduate from college due to the encouragement and support of his stepmother Xanthippi Tsacrios who he and José loved very much. Nick studied at the University of Florida and at the University of Madrid in Spain where he learned Spanish and became a bullfighter.

Nick was a creative adventurous person who loved cooking, entertaining, gardening, the arts, and caring for animals especially his loving cat Gato. He was renowned for his wonderful sense of humor that he got from his father.

Nick met José Quintero in the 1950's in New York City when Nick was at the height of his career as an advertising executive in Manhattan.

Nick was a significant source of support for José Quintero's work as a lecturer and professor at the University of Houston, Florida State University, the Burt Reynolds Institute for Film and Theatre in Palm Beach, Florida, and during Quintero's theater workshops in Los Angeles, California, and directing plays at Houston's Alley Theater.

During Nick's later years in Sarasota he was blessed to be surrounded by many loving, caring friends especially George Karabatsos from Saint Barbara's Greek Orthodox Church.

When I first met Nick at st. Barbara’s it Wes during a festival my first at this church. He was working at the Baklava Sunday Booth and I was on garbage detail and he kept laughing at me saying I’m going to be president one day. I thought he was nuts, but he was right I did. Well our friendship started, we lived close to each other so I started giving him a ride to church on Sunday’s. I would often go to visit and talk about all different things, his art collection was awesome. He lived a great life almost to the point where I would say or think “ yeah right Nick “, but all true friends with famous people, bullfighting, travels. Each major holiday he would bake something for my family, all were delicious. When I bought a property and started remodeling he was there every day helping sometimes he drove me crazy but I bit my tongue, he needed things to do and I appreciated his help. His love for animals was great before long I had birds, rabbits, squirrels visiting some cats too but I’m allergic to cats. Nick also had a green thumb soon the garden was in great shape I don’t know how he did it, he always said inch by inch , now I know what he meant. Inch by inch yep that’s the secret it applies to a lot of things in life. Enjoy every moment. I will miss you old friend thanks for the memories.

May his memory be eternal. Such a dear brother, he will be missed. Love, Maria 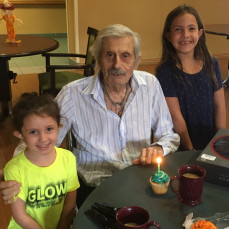 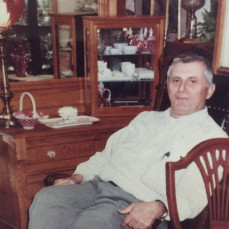 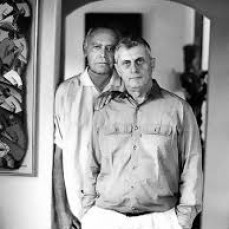 The services for Nick have not yet been added. Please sign up below to be notified when the services are ready.

The attached photos are added to the memorial of Nick Tsacrios to help share their legacy.

Please help memorize Nick Tsacrios by recording your attendance below.

Thank you for sharing your memory of Nick