Our beloved Father, Uncle, Grandfather, and Great-grandfather, "Grandpa Townson" went to be with his Lord and Savior, Jesus, on Saturday, April 9, 2022.

Ken had recently celebrated his 87th birthday on Feb. 24, 2022. He was satisfied with his earthly life and stood strong in faith, looking with great expectation to transcend Earth's bounds and receive His eternal reward in glory.

He is preceded in death by his wife of 56 years, Marylin Townson, and his son Kenneth Dean Townson and daughter-in-law Lorraine Townson.

Ken was born in Battle Creek, Michigan to a single mother, not knowing who is father was until the age of 35. Ken was later adopted by his step-father Earle Townson.

At the age of 10, Ken walked the aisle at the new church meeting at the YWCA in downtown Battle Creek--a new work co-founded by his future in-laws, Fred and Gladys Hopson. They were part of the Nesseth-Hopson Evangelistic Party that ministered traveling nationwide from the 1930's to the '60's.

That night set his life on a course with his destiny--a divine connection that would impact his entire life, his future family, his calling and his ministry. Yes, he met Jesus as his Lord and Savior that night at the "Y," and he also noticed a sweet and quiet 8-year-old girl with auburn curls: his future wife, Marilyn June Hopson.

As a young teenager, his future father-in-law, Fred Hopson, took him under his wing, mentoring him and showing him how a Godly man serves the Lord and guides his family, always putting God's Kingdom business FIRST.

Ken served the Lord faithfully for over 70 years--as a teen, mixing mud and stacking bricks for the new church building and playing saxophone in his church orchestra, later singing with his wife, Marilyn, in the quartet Gospelaires, and then with his own children in the Singing Townson Family, traveling and ministering in local church revivals and national conventions.

For decades, Ken served as a Minister of Music, leading choirs in various churches in Michigan, until eventually the Lord directed him to move the family to Florida.

While in Florida, he and Marilyn received the baptism of the Holy Spirit, which brought them into an even deeper relationship with their Lord. They then found themselves serving in music ministry in various Spirit-filled churches, building strong music groups and lasting friendships as well.

The Lord then directed them to move to Nashville, where their sons Terry and Dean were both very accomplished and successful musicians.

A spiritual milestone in Ken's life was being ordained into full-time ministry under the leadership of Pastor Bill McRay. He eventually went on to serve at Faith Is the Victory Church, under Pastor Charles Cowan's leadership.

After his precious wife Marilyn went home to be with the Lord in March of 2012, Ken threw himself into more Kingdom work, joyfully and tirelessly--and many times in pain--making his way through the streets of downtown Nashville to the County Jail to preach the Word of the Lord to the inmates. Many came to the Lord or renewed their commitment to serve the Lord, many were healed and delivered, and many received the Baptism of the Holy Spirit. He would always report with joy how the Lord confirmed HIS word with signs following.

He also served as a Church Prayer Counselor and was a much-loved Sunday School Teacher, diligently studying and preparing his lessons weekly for the church's Seniors Class. The Lord used him mightily to connect and love on these precious class members. And many folks from Faith Is the Victory kept in contact with Dad, sending cards, letters, and gifts, years after he had moved away--one even calling him a few moments before he moved to glory!

In 2017, Ken moved down to Sarasota, Florida to be closer to his family, where he became a very thankful and faithful member of Faith Life Church. Because of the wonderful Van Ministry and the phenomenal Transportation Team, he was able to attend Sunday Services and watched the Friday Night Services online, always taking detailed notes that further helped him to teach a weekly Bible Study at his assisted-living facility.

After discovering his condition was terminal, he set his heart towards his home in Heaven, and arrived there 10 days later!

A Celebration of Life Service will be held at the Faith Life Church Chapel on Wednesday, April 20, 2022 at 2:00 pm.

Our deepest condolences to the Townson family and friends from Kay & Debbie at Sound Choice Cremation. 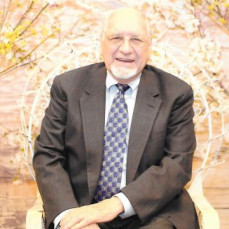 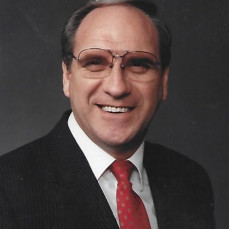 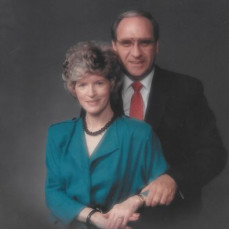 The attached photos are added to the memorial of Wilson Kenneth Townson to help share their legacy.

Thank you for sharing your memory of Wilson